HOW TO BRUSH YOUR TEETH PROPERLY 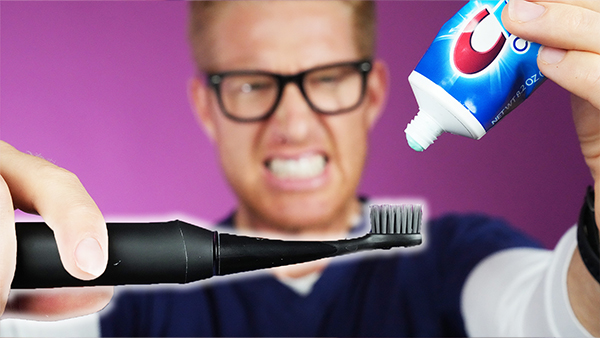 The video in this article demonstrates how to brush your teeth properly and the best way to use an electric toothbrush. I have been told many times in the comment section of my toothbrush reviews that, “I have been brushing wrong.” So, I decided to put everyone’s claim to the test and find the best way to brush my teeth.
Some people have a problem with the way I brush when I test toothbrushes because of how toothbrush companies recommend you brush with their electric toothbrushes. Conventional wisdom suggests you don’t scrub or manually brush while using an electric toothbrush. Instead, they suggest you guide the toothbrush along with the teeth. To test out the different techniques, I disclose my dental plaque and show the results of my method versus theirs below.
I was using here my previous favorite toothbrush. Click here for my new favorite toothbrush or click here to see why it is my favorite.

Bristles at 45° to the Tooth

In my experiment on the first day, I brush my teeth by doing what is recommended by guiding the brush along with my teeth and letting the brush do all the work. I mean it does do 33,000 sonic vibrations per minute so it would seem logical that the brush itself will do all the work. Now when brushing aim the bristles at a 45 degree angle to the tooth so that some of the bristles get under the gums and clean the plaque below the gum line. The great thing about electric toothbrushes is that the timer helps brush one quadrant at a time for 30 seconds. Don’t forget that of those 30 seconds per quadrant 10 to 12 seconds should be on the front, or cheek-side, of the tooth and 10 or 12 seconds on the back or tongue side of the tooth. Then spend 6 to 8 seconds brushing on the biting surface of the tooth for each quadrant. As I finish and I look at my results they aren’t great and you can see in the pictures following this subsection. In fact they are pretty bad and this is my favorite toothbrush. Even after using their floss, which is by far the best floss I have found, the results are much better BUT they are still not great. There was just too much plaque left behind from that brushing technique to get it all 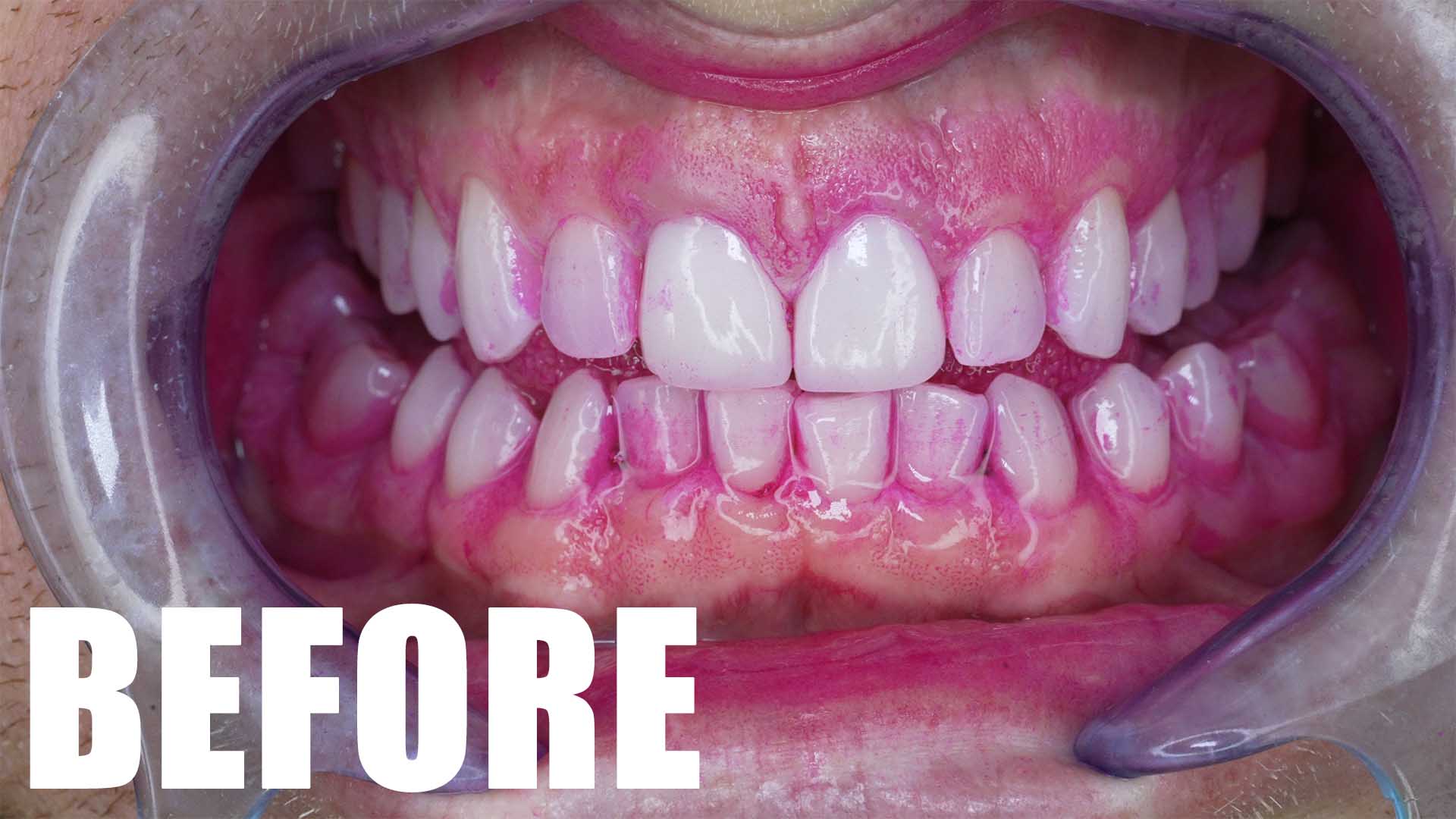 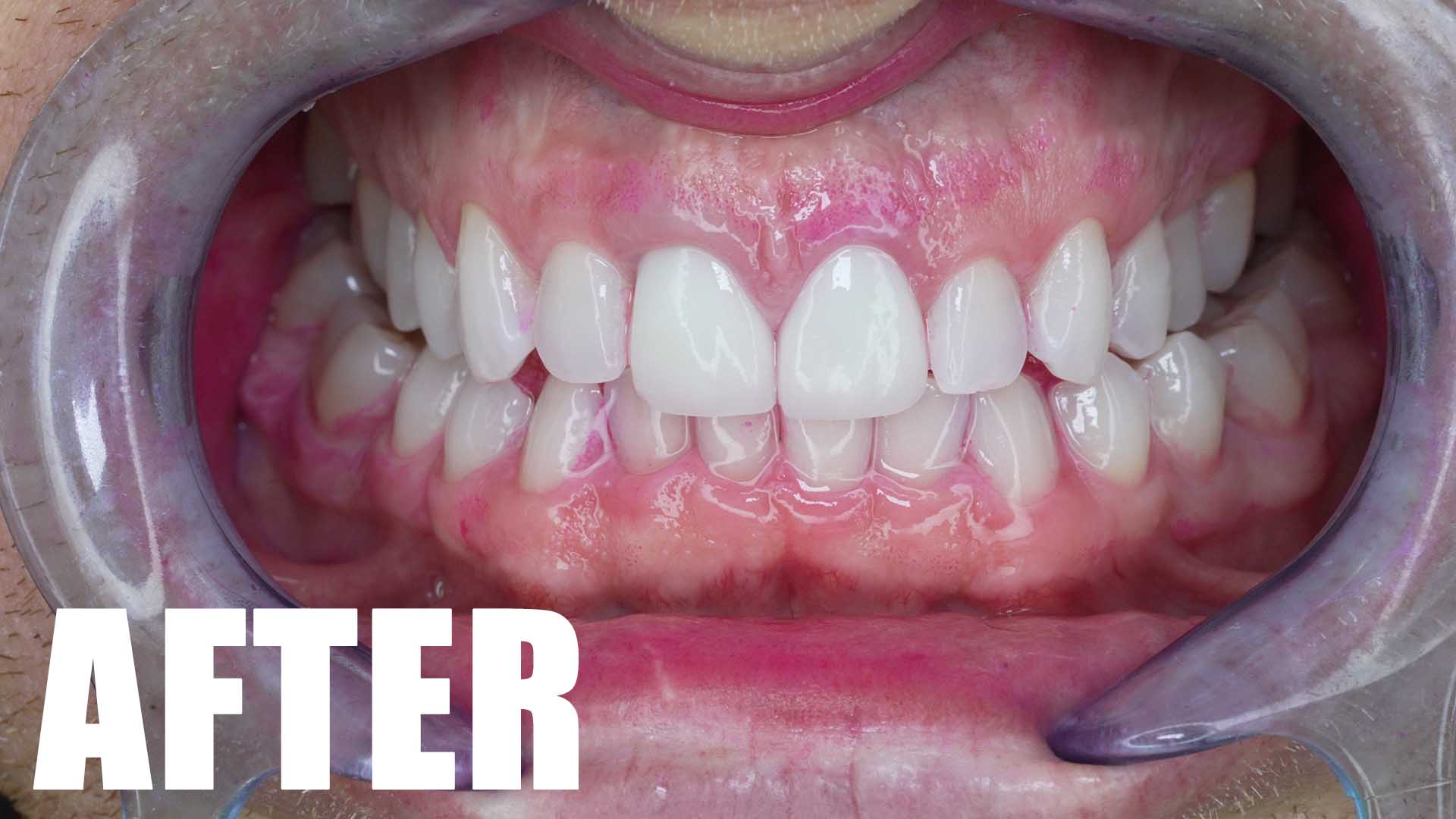 Before and after brushing with gliding techniques. Notice the amount of pink plaque left on lower back teeth.

Now let’s move on to using the electric toothbrush like a manual toothbrush. In theory, if this toothbrush technique works, you would just get the results of a manual toothbrush but just with the added benefit of those 33,000 sonic vibrations. Instead of the previous technique, I lightly scrubbed with the electric toothbrush instead of guiding the toothbrush. Like before, I brushed 30 seconds per quadrant: 11 seconds on the cheek side, then the tongue side with the bristles at a 45-degree angle, and then 8 seconds on the biting surface. Now you can see the results to the right are way better than the previous results. Right off the bat, they are almost perfect. There are some big spots on the upper left canine and some faint spots on the lower molars, but it looks much better overall than before.
So as you can see, at least with this toothbrush, my favorite toothbrush, the best technique is to scrub while using your electric toothbrush lightly. To me, this technique makes sense. The more you move the brush, the more angles it can attack and remove the plaque. And remember how fast the toothbrush is moving at 33000 vibrations a minute. That is 550 vibrations a second and 55 vibrations a tenth of a second. I don’t think you need more vibrations than that at any angle. If you were scraping off paint, you wouldn’t spend 1000 strokes in the same direction if it only took five to remove it. So it is essential to gently scrub while using the toothbrush in a circular and random pattern, even with my favorite toothbrush. 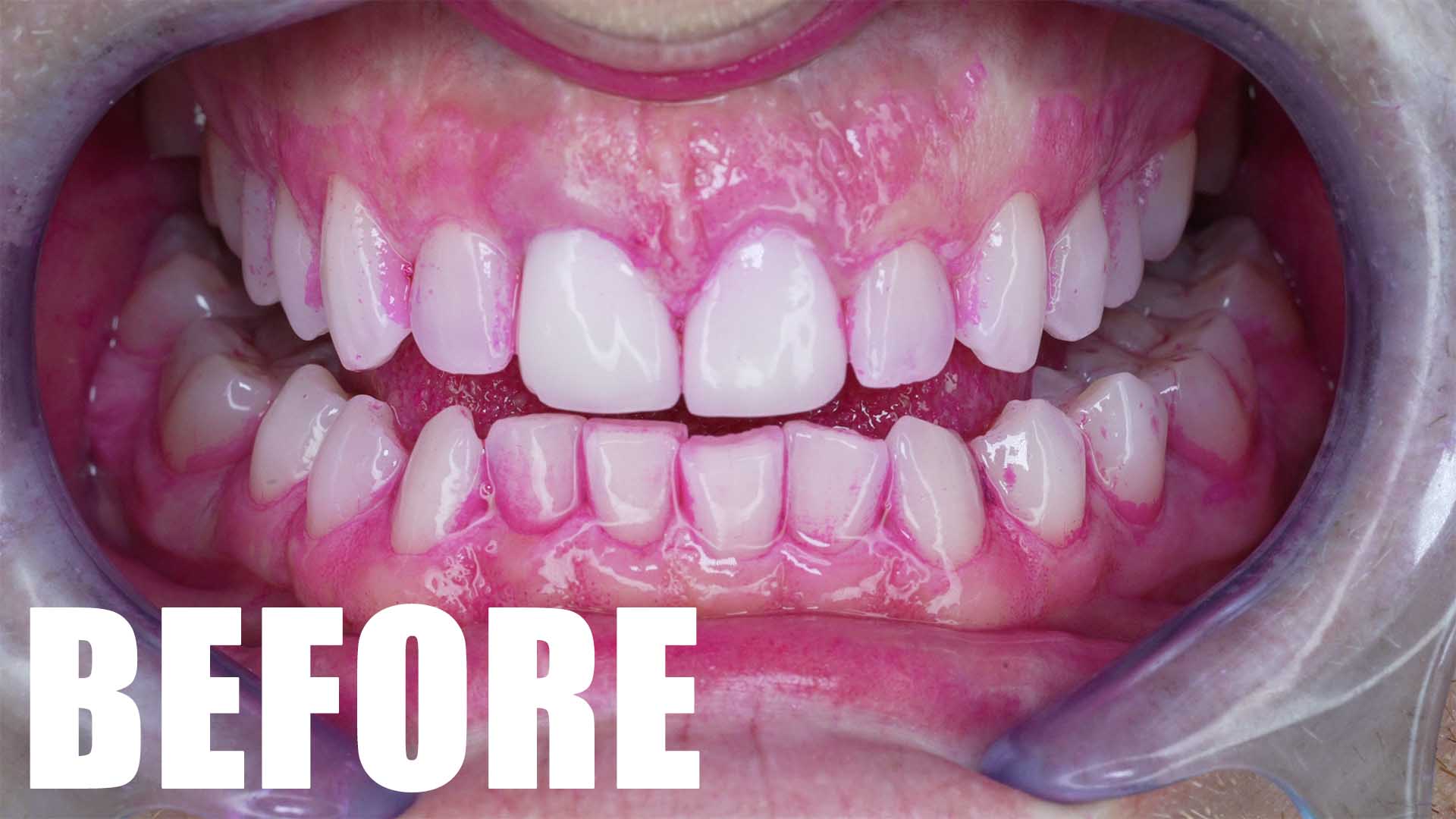 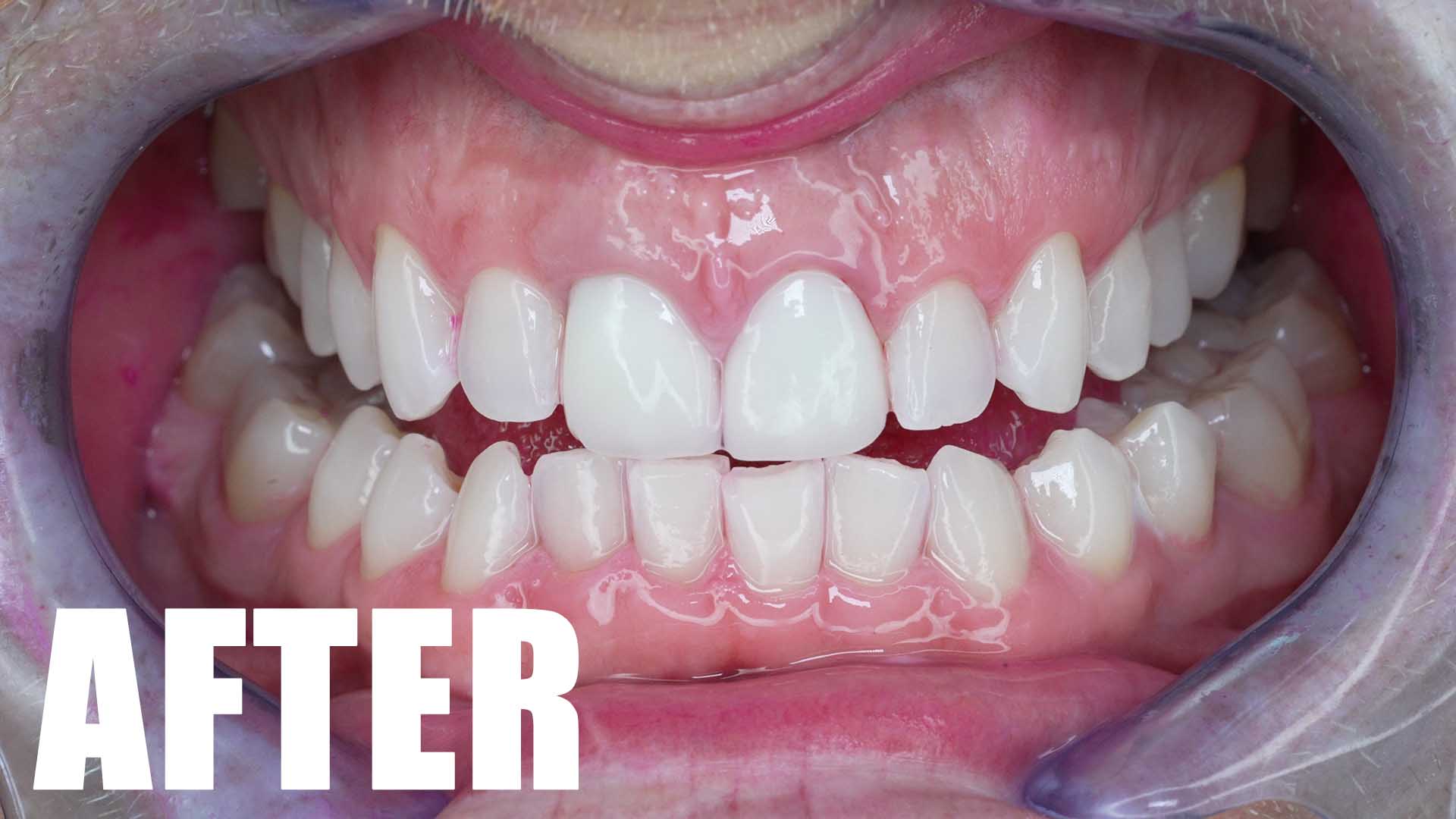 Before and after using a manual brushing technique. Note that the plaque is more broken up and  faint on the posterior teeth than the after photo of the poor technique.

As you can see from my results of an electric toothbrush, using the same brushing technique as a manual toothbrush, the results are much better. In fact, using this technique in conjunction with the correct flossing technique and using the best toothbrush and floss, you will have an immaculate daily brushing and flossing routine.
Click here to automatically apply a Burst promo code for a $30 discount on my favorite toothbrush.